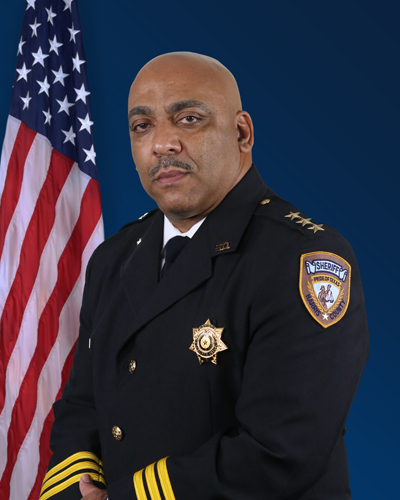 SPEAKER:
Chief Darryl A. Coleman
Commander of the Criminal Justice Command, HCSO
He began his career with the Harris County Sheriff’s Office in September 1986 after serving in the United States Army. He holds a Bachelor’s of Science Degree in Organizational Leadership and a Master Peace Officer’s Certification.
Chief Coleman has held assignments in the Detention, Patrol, Patrol Support and Homeland Security Bureaus. In his career, he has also served as a supervisor and commander of the Traffic Enforcement Division (T.E.D.) (Currently named as Vehicular Crimes Division) where he attained his certification as an Accident Reconstructionist. He has also held commands in the Patrol Bureau as a District Commander and in the Homeland Security Bureau as the Tactical Commander for the High Risk Operations, Marine, Aviation and Emergency Management Unit.
Chief Coleman is married to his wife Stephanie of twenty-six years. They have two children, Trevor who is an officer in the U.S. Navy and Sydney, who will be graduating from UTSA in May 2017.

About the Criminal Justice Command
The Criminal Justice Command is the largest command in the Harris County Sheriff’s Office with nearly 2600 employees. Then Command’s primary responsibility is operating the Harris County Jail System. Harris County operates the largest jail in Texas and the 3rd largest jail in the United States. The Command is comprised of 3 bureaus: Justice Housing 1200, Justice Housing 701 and Justice Management. Although independent, the bureaus work cooperatively to ensure the care custody and control of over 8700 inmates housed each day.


SPECIAL DATE CHANGE: Public Safety Forums now take place on the 4th Thursday of the month.  These events are open the public - all are welcome!